Dhan Teras, also known as Dhan Trayodashi, is celebrated on the Trayodashi Tithi of Krishna Paksha of Kartik month. On the day of Dhanteras, a deity named Dhanvantari was born from the churning of the ocean with the nectar urn. Dev Dhanvantari is the god of wealth, health and age. He is also known as the legitimate and physician of the gods. This is the reason that the auspicious day of Dhan Teras has special significance for doctors.

The arrival of Diwali, an important festival of Hindus, starts with Dhan Trayodashi. From this auspicious day, special important works like worship, recitation, shopping etc. get momentum. The festivities starting from this day are also called Panch day festival, because starting from Dhantrayodashi till Bhai Dooj, some special festival is held in some form or the other.

Starting from Dhanteras, after the festival, all these festivals till Narak Chaturdashi, Diwali, Govardhan and Bhaiduj show some belief and belief. Along with this, some mythological story is also associated with all these festivals, which shows the relationship between them. Lord Dhanvantari ji was incarnated on the day of Dhanteras, so on this day in the evening, lamps are lit at the main gate of the house and in the courtyard and Lord Dhanvantari is also worshipped.

Buying silver and gold on the day of Dhan Teras is especially auspicious. The god of wealth Teras is considered like the moon. Therefore, worshiping them brings mental peace, contentment in the mind and a sense of softness in nature. Those who want to collect as much money as possible. They should worship Dhanvantari Dev daily.

Many stories are prevalent behind the festival of Dhan Teras, on the basis of these stories the importance of this festival can be known. According to the scriptures, when there is a churning of nectar between gods and demons in search of nectar, at that time many things are attained in this churning, one of which was the arrival of Lord Dhanvantari. Lord Dhanvantari is born from the ocean with a golden urn in his hand. Lord Dhanvantari is called Vaidya. Therefore, worshiping Lord Dhanvantari with devotion on the day of Dhantrayodashi leads to freedom from disease and through which a person gets a healthy life and happiness.

According to another story – there was a king in a kingdom, after a long time the king gets the birth of a son. He is very happy with the birth of a child. When the king asks the astrologer about the future of his son, the astrologer tells the king that, whatever day the child will get married, it will die only after four days.

Hearing this, the king becomes very sad. After such a time, there was the happiness of getting a child, but the news of his death in this way disturbs the king. To avoid this incident, he sends the prince to such a place, where there is no woman living nearby, but the time is acceptable at some point, one day a princess passes through that place, the prince and the princess The two look at each other, the two are fascinated by each other, and tie the knot with each other.

According to the prediction of the astrologer, exactly four days later the eunuchs arrive to take the life of the prince. Seeing the eunuch, the prince’s wife started mourning. Seeing this, the Yamdoot pleads with Yamraj that if there is any way to save his life, then tell him. On this, Yamraj says to him as a kind of compassion towards him that the creature who worships me in the night time of Trayodashi Tithi of Kartik Krishna Paksha, will light a lamp facing south with a garland, he will never be afraid of premature death. Then that queen also worships according to the instructions and lights the lamp. This gives life to her husband and both start living happily. Since then, on this day, lamps are lit outside the house in the south direction and the festival ends

Many stories have been prevalent in the context of Dhanteras which show the importance of Dhanteras.

Worshiping on Dhanteras brings satisfaction, contentment, health, happiness and wealth to a person. People who are prone to lack of health and there is a possibility of deterioration in health, they must worship Lord Dhanvantari on the day of Dhanteras. On this auspicious day, special fruits of worship are obtained. Buying new items on this day is also considered auspicious. In this, gifts, gold or silver coins etc. can be bought to give to someone. Shopping for utensils and ornaments is very auspicious.

On the day of Dhan Teras, along with worshiping in the auspicious time, grains are also worshipped. Seven grains are kept in the worship. In which there is wheat, urad, moong, gram, barley, rice and lentils. Along with seven grains, worshiping Bhagwati especially with Swarnapushpa flowers is beneficial in the worship material. On this day, white confectionery is used as Naivedya to offer bhog in the worship. Also, worshiping the stable Lakshmi on this day has special significance.

It is very auspicious to bring the idols of Lakshmi ji, Ganesh, Shri Vishnu and other Gods home on this day. The purchase of new items made on this day is also used during the worship time on the day of Diwali. Many people use the new idols and items purchased on this day at the time of worship. Increases wealth, success and progress in home-office, business institutions. On this day, the work of recitation of Vedas, worship etc. is also completed on this day.

On this day Lord Dhanvantari had appeared from the sea with an urn, so utensils are specially bought on this day. By buying utensils and silver on this day, there is a possibility of an increase of thirteen times in them. Along with this, buying dry coriander seeds and keeping them in the house on this day also increases the wealth of the family. On the day of Deepawali, these seeds are planted in the garden/fields, these seeds are a symbol of progress and wealth growth of the person.

On this day, good luck is wished by the main of the house and by making Rangoli in the courtyard etc. The festival of Dhanteras is also a call to bring positivity in your life and remove negativity.

The idea of ​​​​the worship Muhurta of Dhan Teras is also going to increase the auspiciousness obtained from this festival. On the day of Dhantrayodashi, the period of 2 hours 24 hours after sunset is known as Pradosh Kaal. It is auspicious to donate lamps and worship Lakshmi during Pradosh period.

According to this, there is a law to worship in different states. The use of a fixed ascendant is very good during this time period. When worshiping and shopping etc. is done in a stable ascendant, stability remains in that object and its auspiciousness. We get its benefits for a long time. Due to being in auspicious time, permanent Lakshmi is attained in the household.

Worshiping in the above mentioned time increases the benefits. Auspiciousness of Shubh Muhurta brings auspiciousness in wealth, health and age. The most auspicious is to worship during the nectar period.

This day is a day of auspicious days and good wishes, which seems to be getting blessings for us from all our Gods and ancestors. It is our wish and prayer to God to fill everyone’s life with auspiciousness through the festival of Dhantrayodashi, which brings auspicious celebrations one after the other. 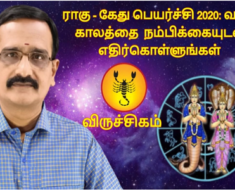 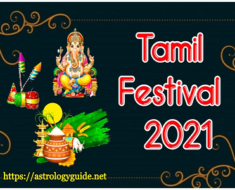 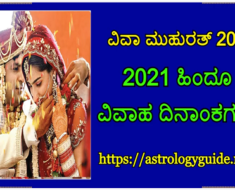 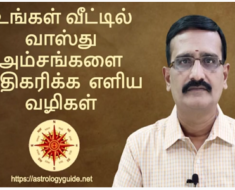 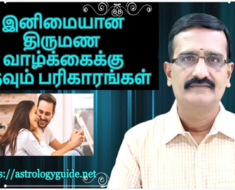 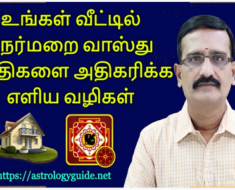